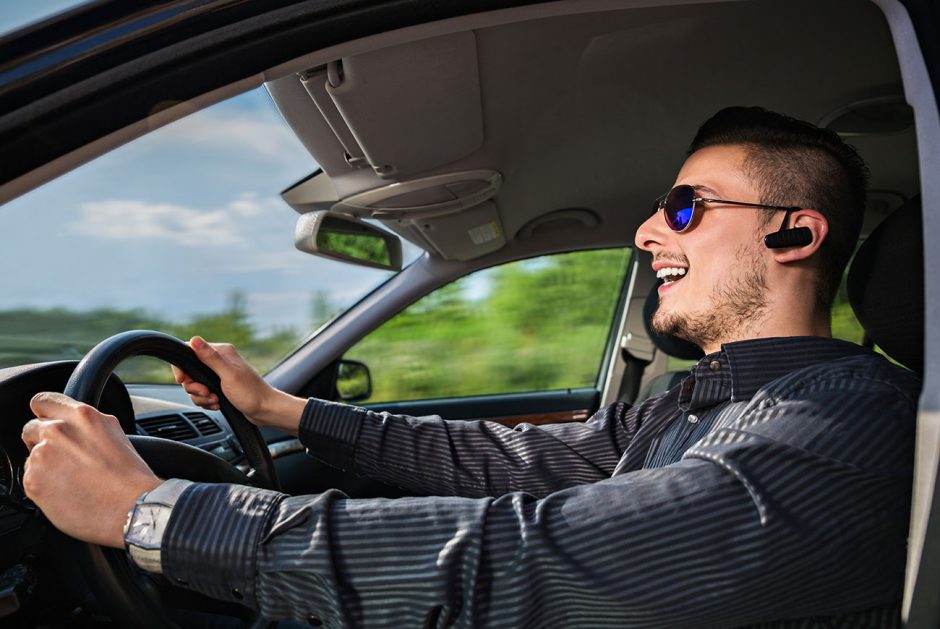 More than half of drivers recognize that they use the phone in the wrong way. This corrects the problem.
Many people need to use their cell phones  while driving. Distributors, salespeople, businessmen, journalists ... Or people who want to congratulate Christmas. People for whom it may be vital to receive timely information or drivers who simply wish to communicate.

But in the car, and with good reason, touching the mobile phone is forbidden. The same applies if it is to talk that to read a WhatsApp or to look at the time: it is a distraction and carries a fine and three points less on the card.

However, we do not get used to not using it. In a survey of the Association of Victims of Accidents , 53% of drivers admit that they use it sporadically when waiting for an important call or at a traffic light or traffic jam.

Last year, in fact, more than 190,000 fines were imposed for this reason, according to data from the Directorate General of Traffic, which made this infraction the second most common among drivers, only surpassed by our excessive hobby to overcome the Speed ​​limits.

How can we do then to keep that conversation so important in our day to day without losing three points every time we pick up the phone? Very simple: with hands-free systems connected by Bluetooth .

Many times they are incorporated as standard, especially in the most modern cars, but in cases that are not so, their cost, around 50 euros, is always much lower than that of any fine imposed on us for touching the mobile.

Now, it is convenient to distinguish between legal and illegal. All those systems that force you to touch your mobile are illegal . For example, a support on the windshield  does not serve to avoid the fine if you have to touch the screen to activate the hands-free. Even if it‘s only a moment.

The headphones are not legal although they are activated with Bluetooth. The rule prohibits wearing the covered ear. At the wheel, it establishes the General Regulation of Circulation,  we must always maintain 100% of the hearing capacity, so the headphones will not be worth.

Yes, they are legal , on the contrary, portable hands-free, those that require installation and Bluetooth radios.

For those who are going to make an intensive use of the mobile, the best option can be to install it in the car. Normally they need to be installed by a technician, since they are connected to the car‘s audio system. Although there are many models, the best known are those manufactured by the Parrot brand.

This type of devices work by voice recognition, although most also have remote control. One of its advantages, apart from the sound quality, is that in the most modern models you can couple two mobile phones, ideal when you combine the staff and the work.

In addition, the screen shows the name of the incoming call, something very useful because it is not always convenient to attend according to what calls you are driving.

For occasional users, or for rented cars, you can opt for a portable system, which is placed on the driver‘s sun visor. They are not integrated in the car but they have high levels of quality and allow you to talk without having to touch your mobile phone.

Its price is cheaper and the great advantage is that no configuration is required. A voice guide tells you how to synchronize it with your mobile phone for the first time, and after that, it automatically connects every time you get in the car. Among the most popular models in 201 are the  SZBAYO SP08,  the  SZBAYO SP01, and the SZBAYO BG01,

Finally, you can choose an audio system with hands-free. We talk about the radios of cars of a lifetime, many of which include Bluetooth and allow you to connect the phone quickly and easily.

They do not need an auxiliary screen (the information is shown on the same sound equipment) and usually have a remote control that is installed on the steering wheel.

In other cases, they include green and red buttons on the front of the radio that allow you to accept or reject the call. In this case, unlike in the mobile, touching the buttons of the radio is not punishable by law.

Its disadvantages: it is a system more designed to receive than to make calls, it does not work with voice commands and the quality of the sound will depend a lot on the speakers installed in the car.